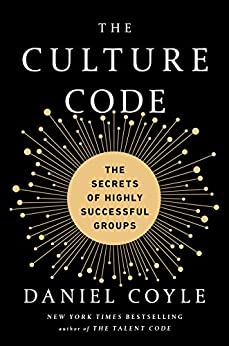 In The Culture Code: The Secrets of Highly Successful Groups, Dan Coyle, author of The Talent Code, digs into the secrets of the most highly effective teams, including the U.S. Navy’s Seal Team Six, the San Antonio Spurs, and IDEO. He boils their success down to three secrets: having a purpose, building safety, and learning to be vulnerable. His examples are vivid and captivating. Check out these noteworthy tips:

Thanks for reading this book review. If you found this helpful, try subscribing to my newsletter for more thoughts on the books I read.

If you like this book review, we publish one each month in our newsletter.