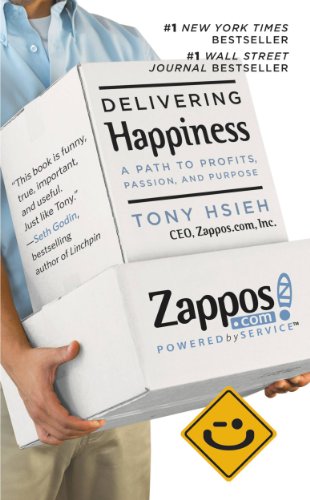 My book review is on Tony Hsieh’s book, Delivering Happiness: A Path to Profits, Passion, and Purpose. Hsieh shares lessons that he learned over his years in business, starting with his completely failed effort to become the world’s number one worm seller at age nine.

When he was 23, after graduating from Harvard and a brief stint at Oracle, he and a friend spent five months building a web company, LinkExchange and rejected a $1M offer to buy the company. Two years later they sold it to Microsoft for $265M. From his foray into the venture capital and incubator world, through Venture Frogs, to his 20 year investment in building Zappos, Hsieh experienced just about every challenge that faces entrepreneurs.

My favorite lessons include:

If you like this book review, we publish one each month in our newsletter.